You cannot visit Rome without visiting Trastevere. And you definitely cannot visit Trastevere without eating a true Roman meal at Antica Pesa. Hidden on a quiet street and away from a majority of tourists, is a delightful culinary experience with a rich history. 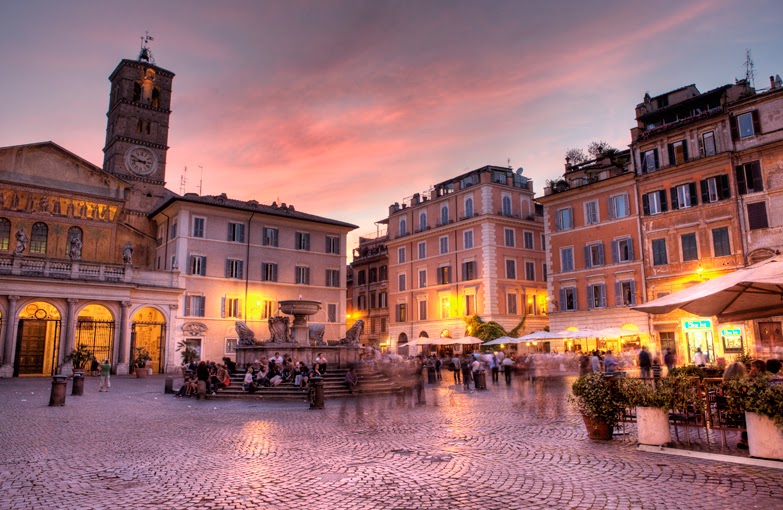 Everyone from Hollywood stars to high government officials has dined here, including many Trastevere-inspired artists from the mid-twentieth century, whose paintings and sculpture are on display. The menu is a combination of regional traditional and innovative Italian under the direction of Simon Panella and his brother Francesco. 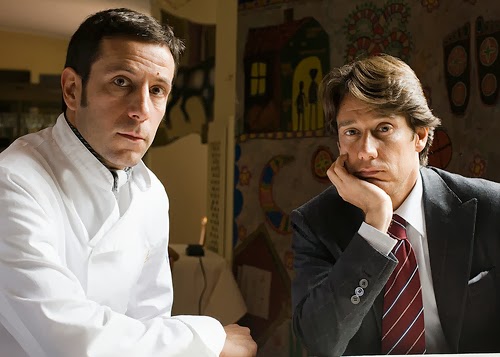 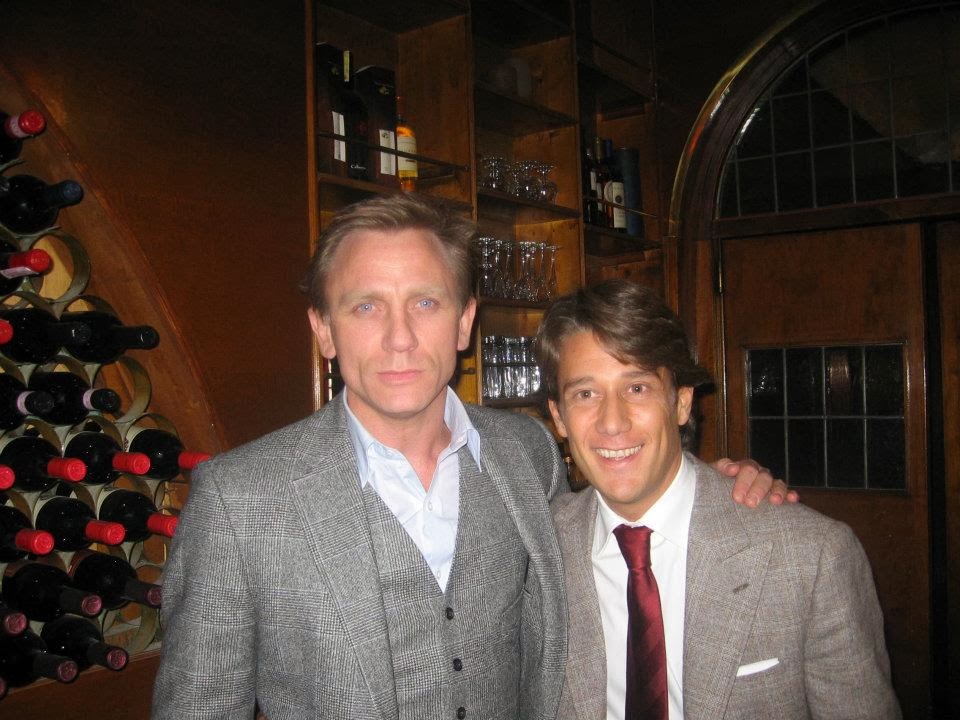 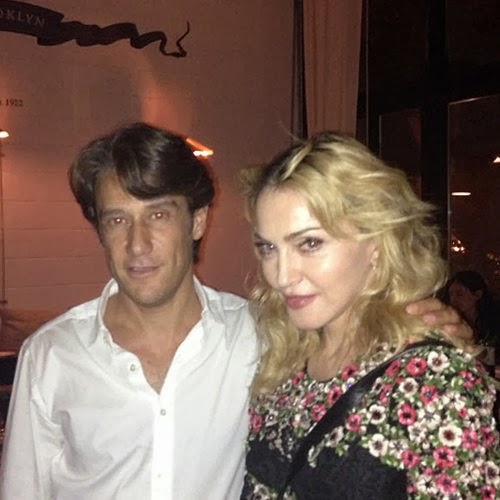 
"Typical Roman dishes made from carefully selected ingredients grace the menu of this restaurant, which is housed in a grain storehouse that once belonged to the neighbouring Papal State. Large paintings by contemporary artists hang on the walls and there is a small lounge with a fireplace near the entrance."

The restaurant name Antica Pesa was chosen as a tribute to the ancient origin of this place which in the XVII century was a weigh-house where taxes on wheat were collected. Later on, in the first half of the XIX century, it became a lodging house where, according to the local folktale, Garibaldi and his heroic combatants were hosted during the Porta San Pancrazio and the Gianicolo battles in 1849. The lodging house was finally converted into ‘l’Antica Pesa’ restaurant by our grandmother Anita in 1922 and we, the fourth generation of the family, are very proud of carrying on the family tradition with great passion. 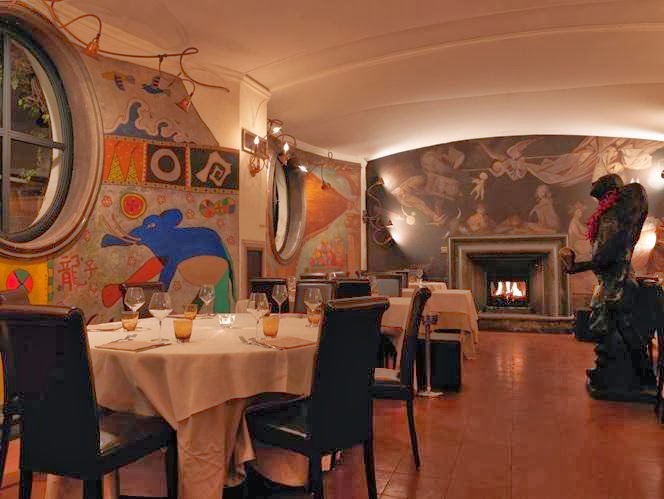 The  menu offers great classics of the Roman cuisine such as “cacio e pepe”, “amatriciana” and “carbonara”,  combining them with typical regional recipes for local produce, like the Roman Giudea artichokes with Caciofiore fondue or the Monte San Biagio sausage meat burger, or  Bassiano ham with crispy Bufala mozzarella.

A different chapter is reserved for fish: depending on availability they offer new recipes, from the Burrata with red prawns to a variation of the “alici and puntarelle” (anchovy and wild chicory), the “ajo and ojo” linguini with bottarga, or the anglerfish “saltimbocca” (literally: jump in the mouth).  Desserts, as all our other dishes, follow the rhythm of the seasons. The delicious and original summer sorbets alternate with a revised Tiramisù or a goat milk and gentle hazelnuts cheese cake  with Gaeta olives caramel sauce, which , in winter, makes way for other desserts like the Chestnut millefeuille, candied kumquat and nuts 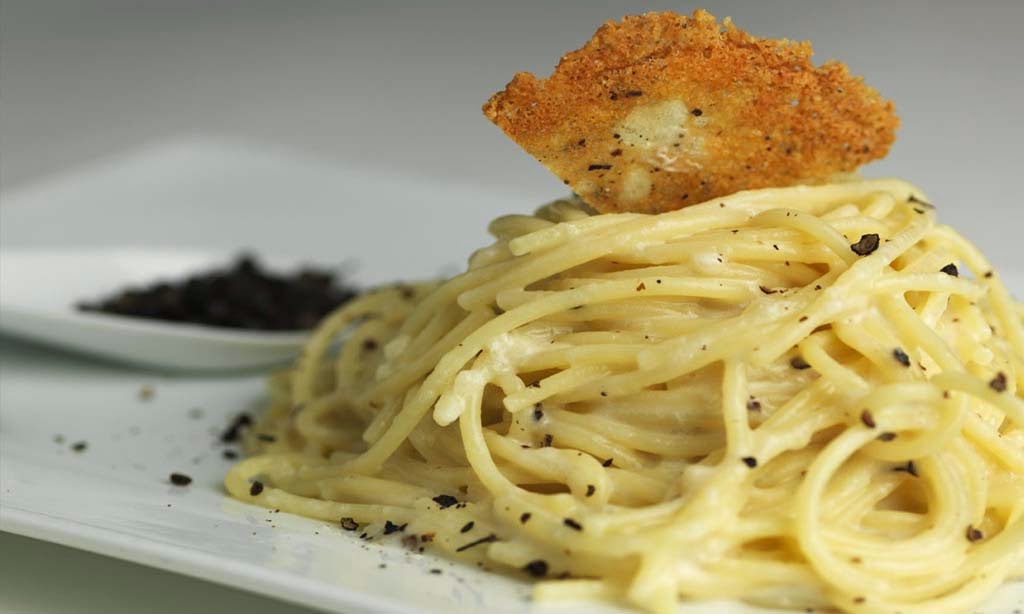 Posted by Colosseum staff at 14:38 No comments:

You could say the Antinori family knows something about Tuscan wine: after all, they’ve been involved in wine in Tuscany for the past 625 years, ever since Giovanni di Piero Antinori entered the Winemakers’ Guild of the city of Florence way back in 1385. That’s no typo -- we're talking 14th century. 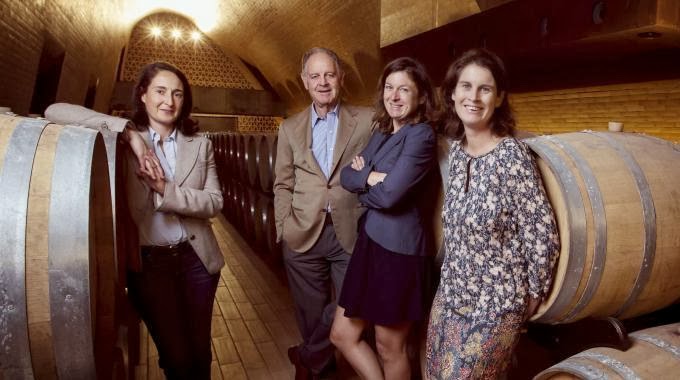 And now this spring the 25th and 26th generation (that would be Marchese Piero Antinori and his daughters Albiera, Allegra and Alessia) opened Marchesi Antinori Chianti Classico Cellar outside Florence, Italy, seven years after the four of them thought up the concept.
The idea was to showcase the family’s long history in wine in Tuscany and at the same time bring visitors up to date with the innovations and changes made over time. 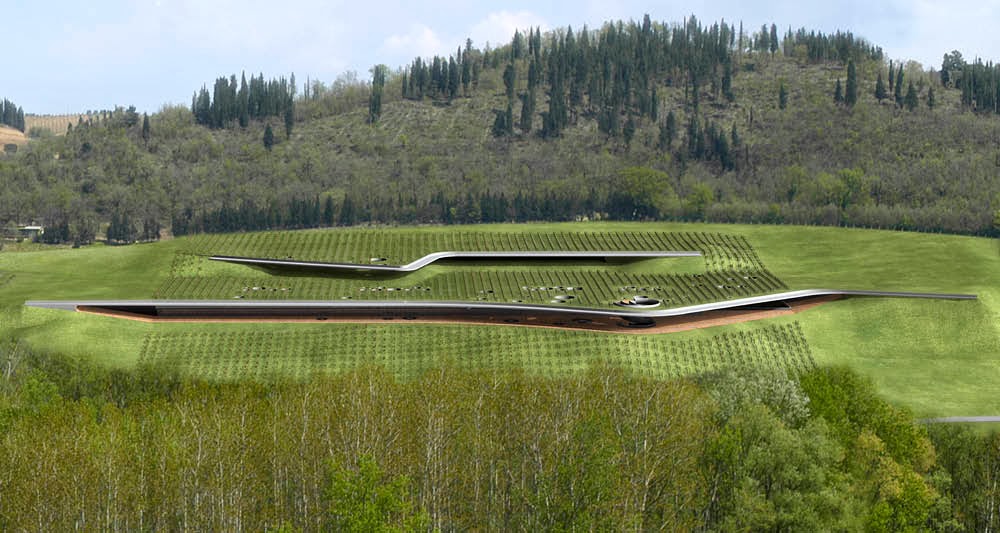 The idea was to showcase the family’s long history in wine in Tuscany and at the same time bring visitors up to date with the innovations and changes made over time. 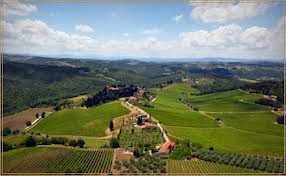 To that end, the multi-faceted project includes a winery, restaurant, auditorium, museum, wine and book shop. Architect Marco Casamonti, founder of Archea Associati studio, designed the project and placed it in the middle of vineyards and ancient olive groves, concealed within a hillside covered with vines. 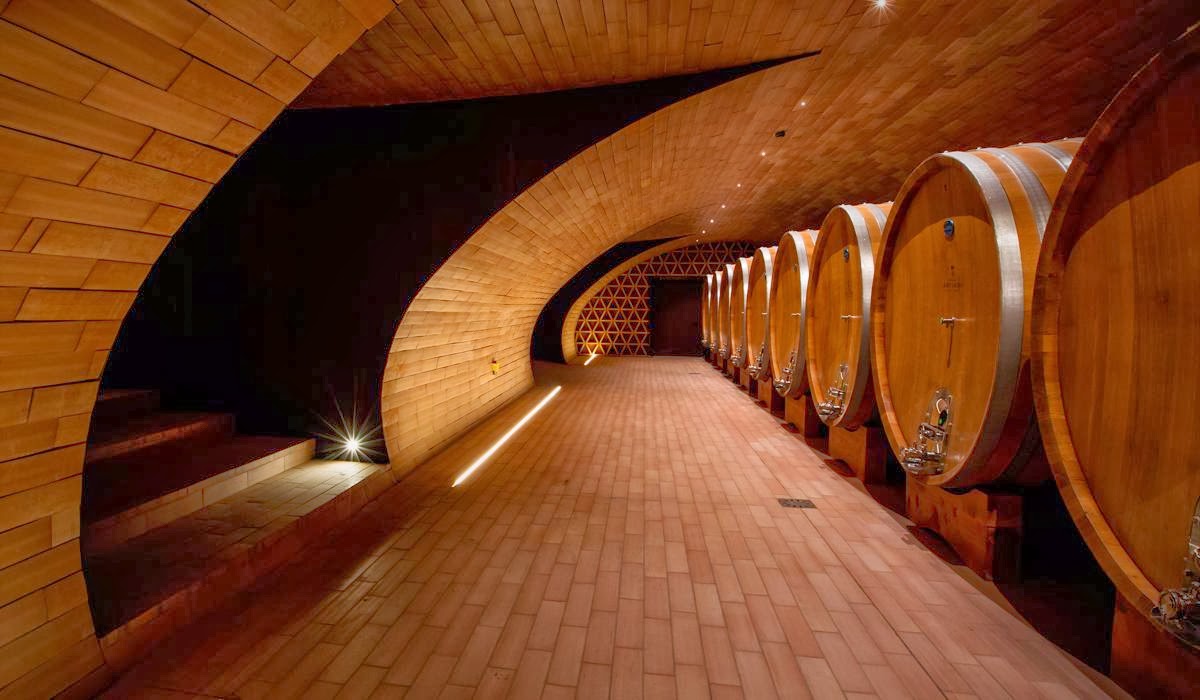 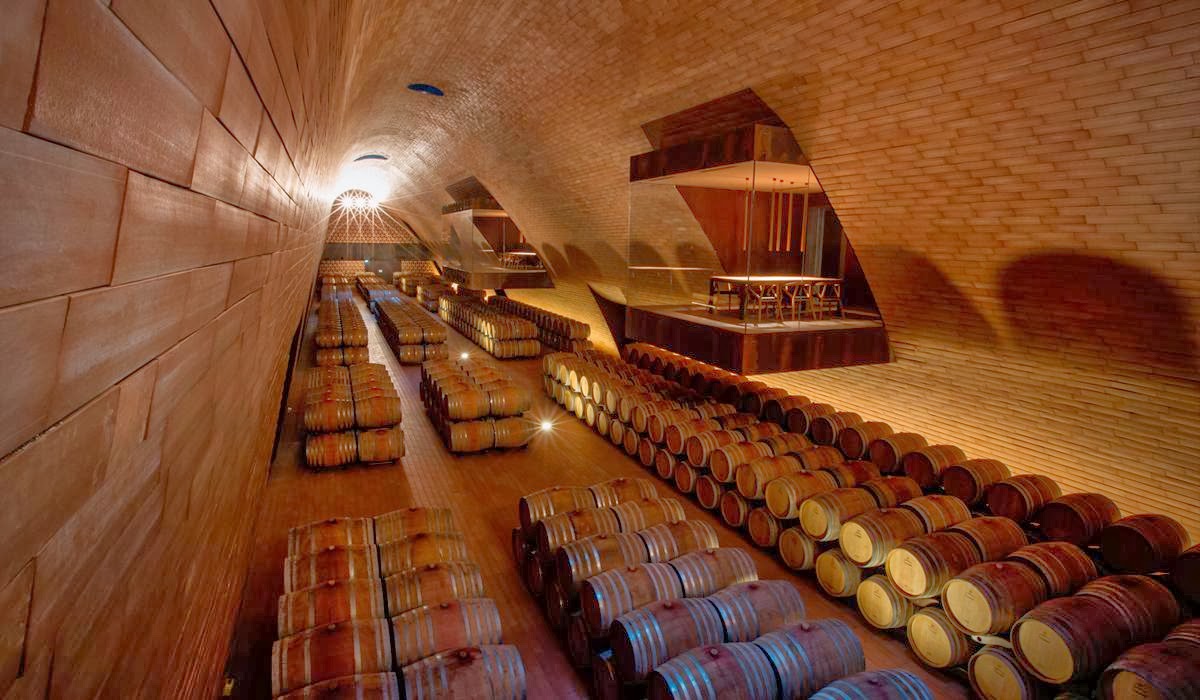 Most of the structure is underground, with only the restaurant terrace at ground level, facing out onto the surrounding Chianti vineyards that produce Antinori’s Pèppoli, Villa Antinori and Vinsanto Tenute. 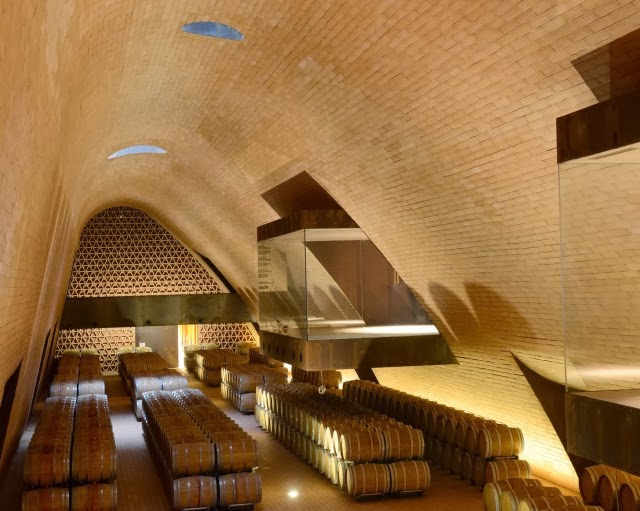 What about the restaurant? The kitchen will be run by chef Matteo Gambi of the Michelin-starred restaurant Osteria di Passignano, which, incidentally, was co-founded by Allegra Antinori. The menu will highlight typical Tuscan cuisine and ingredients. 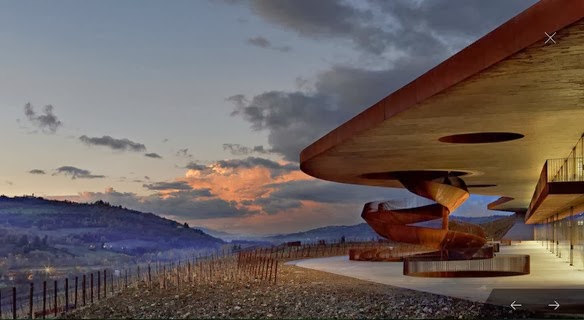 source: LA Times 2013
Take a day tour from Florence to Chianti and Antinori Cellar
Posted by Colosseum staff at 14:40 No comments:

No matter where you go you’ll always find coffee: italians can’t live without it. Whether you’re visiting a small town or a major city you’ll always find a bar around the corner. In Italy any time is good for “un buon caffè” and the favourite kind is without doubt the espresso: 25 ml of water that flows through 7 g of freshly grinded coffee in 25 seconds, at a pressure of 9 bars. 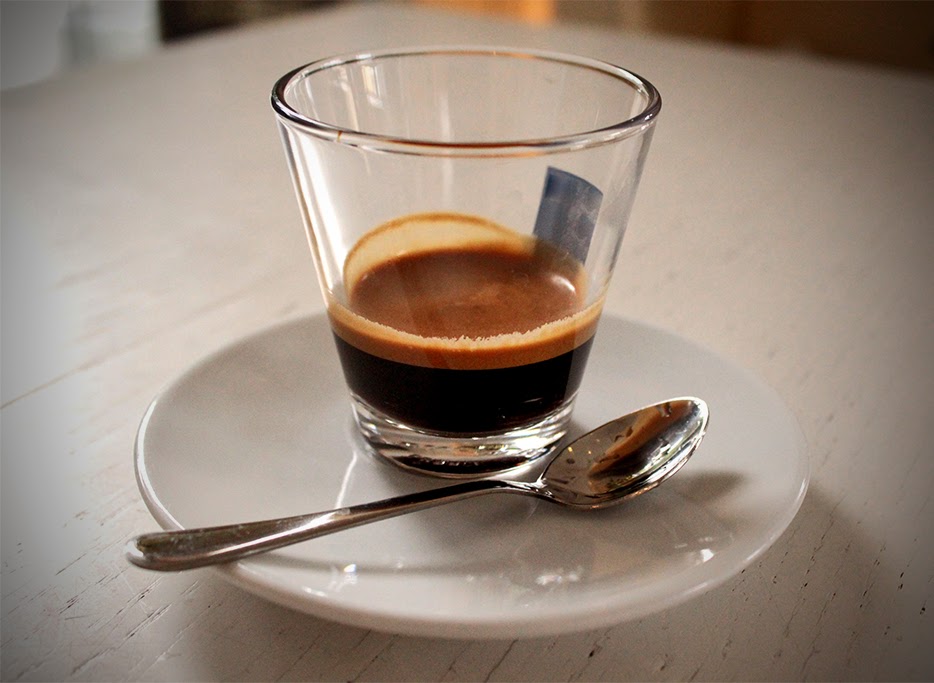 “Caffè Americano”: a shot of espresso with hot water poured into it. In fact, often they’l just serve the espresso in a larger cup with a pot of water.

“Caffè lungo” is obtained by draining more water than usual. A long coffee, although it is less dense, contains more caffeine than an espresso. The long coffee is regarded as normal coffee in the United States and in central and northern Europe. So, if you want to dilute the caffeine in your espresso, ask for “an americano”. 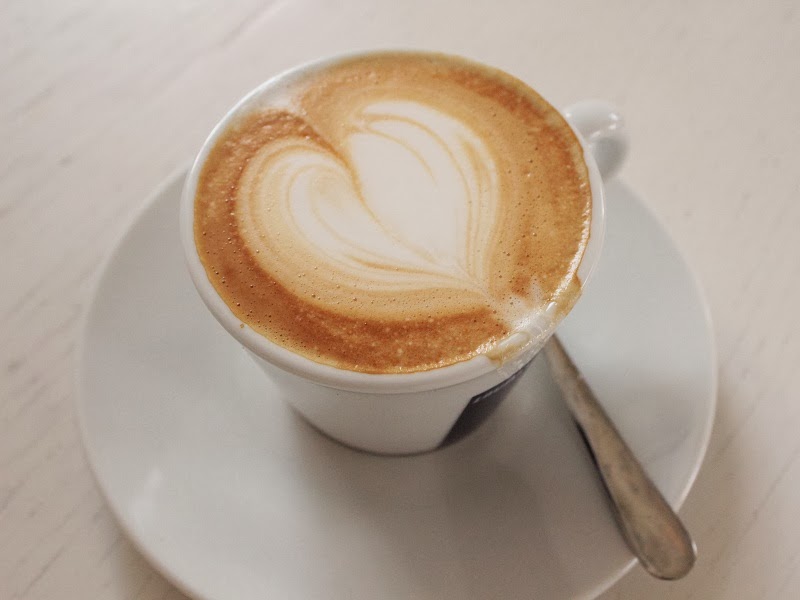 “Cappuccino”: is an Italian coffee drink that is traditionally prepared with espresso, hot milk and steamed-milk foam in a big cup. Cappuccino is a breakfast drink, so if you order a cappuccino after 11 am, people will frown at you (don’t worry, they’ll still serve you). 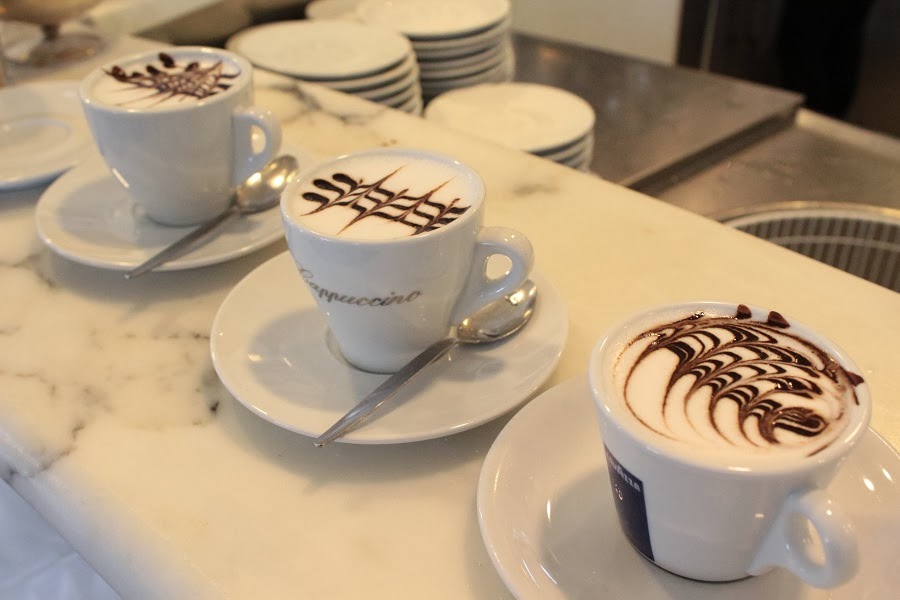 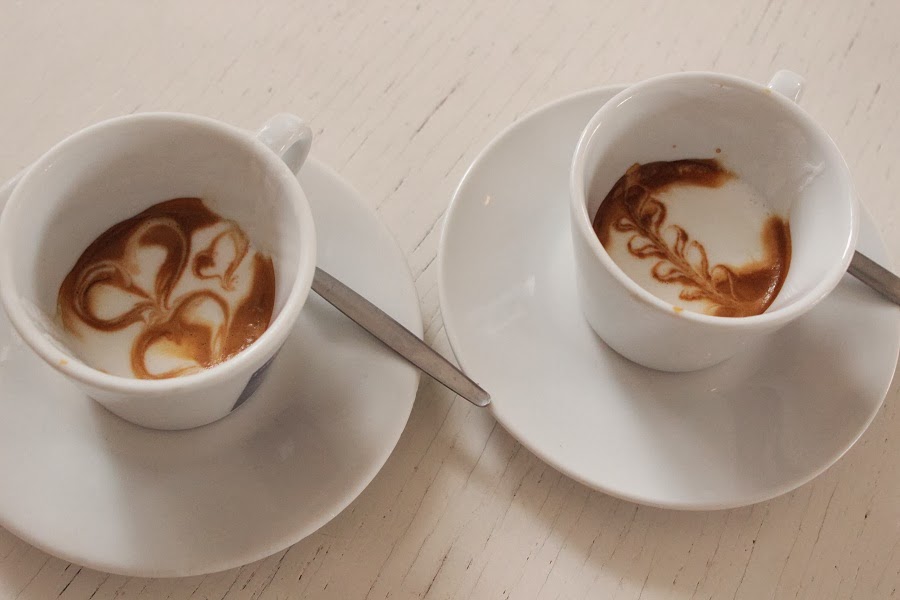 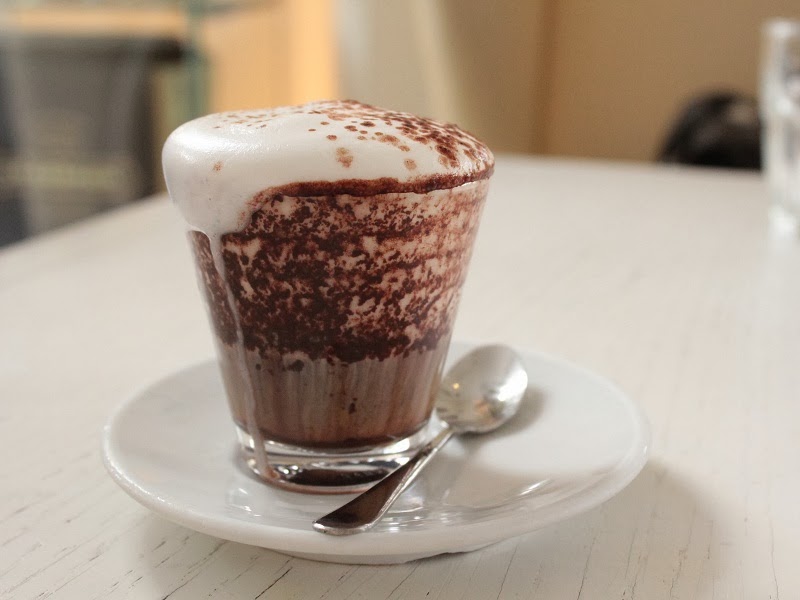 In the summertime you can ask for a “caffè shakerato”: a shot of espresso, lightly sweetened and shaken with ice. In the words of Joyce Falcone of The Italian Concierge: “You pay before or after but it depends”.Sometimes you need to pay before, then present the receipt to the barista; but sometimes you can enjoy your coffee at the bar and tell the cashier what you had. “The only way to know for sure is to watch the other customers”.

Posted by Colosseum staff at 11:47 No comments:

Santini, and her gourmand's retreat Dal Pescatore however, are no newcomers to recognition. Already in 2008, Nadia Santini placed 23 on Restaurant's listing. She entered the annals of the country's culinary history in 1996 when she became the first Italian woman to receive three Michelin stars for her restaurant in Runate, northern Italy - the family-owned eatery known for a mix of traditional Italian cooking and modern influences.

Seemingly in the middle of nowhere in the northern Italian hinterland between Cremona and Mantua, Dal Pescatore feels more like a visit somebody's elegant country home, with table spacing and lighting creating a perfect harmony of intimacy without isolation. It has an almost 100-year history and continues to be operated by the third and fourth generation of the Santini family near the village of Canneto.

Until recently Dal Pescatore was the sole holder of the Michelin Three Star rating in all of Italy, which it earned in 1996. The fairytale settings of Dal Pescatore have an equally romantic story to accompany them.

"In 1925, our grandfather acquired a fisherman's hut built of rushes and a few bricks on the shore of a small lake that now lies within the Dell'Oglio park," Antonio Santini says while serving a group of journalists enjoying his restaurant's rigorously authentic Italian cuisine. "In 1926, he married Teresa and together they began their great adventure. Grandpa set out each morning, returning with fish that grandma would cook, along with some other traditional local recipes. In 1927 my father Giovanni was born and even as a small boy he pitched in to help his parents' small country tavern by selling fish".

"In 1952 Giovanni married Bruna", Antonio continues as he pours a local Lugana DOC wine as an aperitif.

Bruna took her place beside Teresa in the kitchen and as years passed white tablecloths and napkins appeared on the tables and the original name of the tavern - Vino e Pesce or Wine and Fish - was changed to Dal Pescatore in 1960.

In 1974, it was Antonio's time to tie the knot. He married Nadia and after a honeymoon in France, they came back to Bruna and Teresa's kitchen and integrated their philosophy. "Our cuisine respects tradition, the heart and life of our land, but it also blends in unobtrusive innovation," Antonio says, who joins in to make fresh pasta every morning.

A case in point is their signature dish, pumpkin tortellini, served with less butter and parmiggiano than the traditional version so that the pure straightforward flavor of each ingredient comes through.

With fish from the Adriatic and Mediterranean Seas, along with fresh water pickings it is no wonder the Santini's create a fabulous fish cuisine, like their Risotto of Catfish Filet and River Eel.

Every dish at Dal Pescatore is prepared with the finest and freshest ingredients of the day, and hence the menu changes with the seasons as well as with the availability of the freshest produce of that moment.
Posted by Colosseum staff at 03:37 No comments: